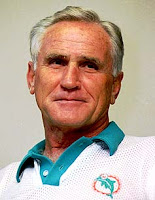 When I realized the need to back away from the edge of round, I started to plan my diet strategy. Basically I firmly believe that reducing caloric intake and increasing exercise will equal weight loss. It’s a very simple formula that works in real life and is also promoted by all nonquack experts. Increasing exercise would be the easy part, but trying to fit a ‘diet’ into my lifestyle would be a little tricky.
Having spent much of my life cooking for six people, I’m really over any KP duties. I also live mostly alone during the summer, which means some foodstuffs (bread, etc.) will spoil before I can finish it. From past experience I also know that I can get tired and cranky as I adjust to fewer calories. So the last thing I wanted is to tackle meals that would involve cooking and buying food items that I could eat a quarter of and then they would rot.
With that great attitude it was easy for NutriSystem to lure me in with their glossy ads featuring formerly-fat minor celebrities and perennial stud-muffin Don Shula. The idea of a month’s worth of food magically appearing on the front step was very appealing. All I would have to do was add in some dairy, fruits and veggies, and the odd protein. Seemed simple.
Endorsements from formerly-fat minor celebrities are not always the correct foundation upon which to base health decisions, so I spent some time investigating the diet. I spoke with people who used it in the past, ran the idea past my hairdresser, haunted the NutriSystem website and read a great series of articles at Consumer Affairs.
Hands-down the most oft-repeated comment was that NutriSystem worked, but the food was incredibly bland. Some people used colorful words to describe bland. Some people admitted that they could only endure a few days of the ^#&%* bland food.
Bland? Ha! I scoff at bland. After all, I once ate 1970s freeze-dried campfood garnished with fly.
Posted by zombieBlanco around 3:17 PM

Good Lord! You are a braver soul than I, zombieBlanco!

Sometimes I like to do exciting (aka stupid)things to make sure I still have some 'edge'. I can't believe you forgot to mention what a hotty Don Shula is!